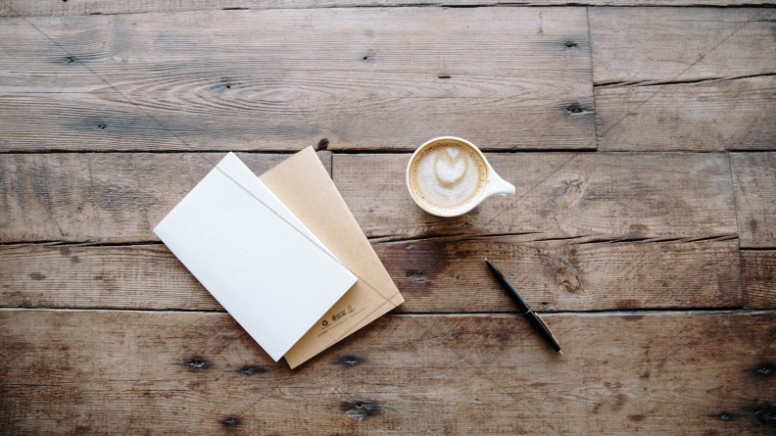 Thank you for the opportunity to share some thoughts with you as an evangelical pastor who is a “Biblicist” that believes an honest interpretation of the Bible is the only foundation for truth. Many would tell you not to waste any of your time and energy listening to me because I don’t embrace any new ideas and I simply push my untenable arguments. Most likely, you have heard all that I will share below, but I felt I had to respond to your movement’s assertions.

As the progressive Doctor Daniel A. Helminiak said, “Conservatives are only a shrinking and marginalized group of spiritually enslaved Bible believers.” This may be true, but I humbly submit that in reading the progressive Church’s doctrinal trajectories I see that they push their arguments just as stubbornly as we do.  Consequently, I realize that our disagreements are somewhat permanent. That is, we conservatives believe in unchanging “outdated doctrines” and progressives “believe that Biblical texts have no inherent meaning but acquire changing meanings from shifting cultural interpretations.” At best, we are stubborn “enslaved Bible believers,” at worst; we are bigoted, anti-gay, judgmental Neanderthals who do not understand the newest techniques of postmodern criticism.

So I will simply highlight the inconsistencies in both of our movements. Oh, yes, conservatives who believe the whole Bible and its historical doctrines are inconsistent. We have a text that teaches us to love and forgive and accept people as Christ would, but many times we judge and push them further from the Gospel. Again, conservatives claim the high-ground that the Word of God is the final authority for doctrine and practice, but many times their lack of Christ-like compassion and character belie this assertion. Hypocrisy comes from within the Evangelical movement as it does from any movement. But we must be honest and repent of these inconsistencies. The end result is that many times progressives are far ahead of conservatives when it comes to “people skills.” Conservatives are too combative about the truth instead of being gentle and winning in their approach.

That being said, I simply want to point out a few inconsistencies in the progressive movement that are never addressed. Before I do, I’m not saying that every progressive pastor emulates these inconsistencies. Some progressive pastors still believe in the unchanging Word of God and many of them have a genuine love for people that outshines most Evangelicals. But, it seems that this movement, being very sure of its “high ground” of inclusiveness, overlooks its own false dichotomies.

The first inconsistency of progressives is that they unconsciously imply that they are one of the primary spiritual movements in the earth “that really cares.” By doing this they imply that the rest of us don’t care. That is really how it comes across. This smacks of a superiority that lives off of stereotypes. For example, even if people experience a conservative church in a negative way and leave feeling “judged” or “rejected” there are a multitude of possibilities of why this happened. Of course, one of the main reasons could be that this church needs a fresh baptism of God’s love. But it doesn’t always mean conservative churches don’t care about people. We shouldn’t build our entire ministry philosophy by branding ourselves as “the people who care more than others.”

The second inconsistency is that progressives label conservatives judgmental for challenging people to forsake their sins and follow Christ. This is a “spiritual straw man” which is put in place to make conservatives feel guilty for being true to their conscience. The trigger words “judgmental” and “intolerant” have been weaponized against conservatives since the 1920’s. These words are used to pronounce anathemas against us and give those who don’t want to follow the historical doctrines of the Church a way out of Biblical repentance. As someone said recently, “Progressives come across with an attitude that says. “Why aren’t you for everything we believe in, isn’t it obvious that we are right.”

In this theological stalemate, progressives claim that conservatives are anti-gay, Biblicists. We are not anti-gay. We are for Biblical sexuality which takes place within a covenantal marriage between a man and woman. We love people just as deeply as progressives do but we also call everyone to follow Christ and turn from their sins, (even the judgmental Bible-believing Evangelicals who are cold and nasty) and receive His forgiveness and life-changing grace.

Actually, conservatives receive everyone as they come, and we love them whatever condition they come in, but we also give them the truth from Scripture that renews and changes the heart. This is something that is hopeful, measurable, and attainable. However, to be on a journey where you can do whatever you want, live as you want, and be “affirmed” in whatever lifestyle you choose, so long as it is consenting adults, seems to be a boundary-less pursuit of selfishness without accountability.

One more thought about spiritual accountability. Do progressives realize that through this hyper-focus on inclusiveness they have given away all their authority to bring about any future moral restraint? Inclusiveness, by nature must change with the culture. Every time the culture changes your movement adapts to the moral degeneracy of the culture. Don’t you think this is very scary: When the culture moves the goal posts, your movement moves with them? Instead of being a constant you are only a reflection of the culture. Abortion came along, you went with it. Same-sex unions come along, you went with it. This is doctrinal appeasement not inclusiveness.

Why wasn’t there a doctrine of same-sex unions in the progressive churches in the 1950’s? Why weren’t theologians in the 1950’s finding Scriptural precedent for homosexuality? The progressives did not affirm homosexuality until 1991. Why, because the culture was not pushing for it until then? The progressives are not ahead of the culture, they only follow the culture. In fact, progressive theology is unoriginal; it simply mirrors the trajectory of the culture around it. On the other hand, Biblical theology is original. It remains an unchanging mirror of God’s holiness for mankind to reflect upon and follow. What if our culture suddenly decided homosexuality is wrong again; would the progressives change their position? Furthermore, when polygamy and threesomes become acceptable in the future, it is inevitable that your movement will find a doctrinal basis for these sins.

The third inconsistency is that the progressive movement can’t admit that unconditional inclusiveness is actually unattainable. The progressives are trying to create an “inclusive utopia” that is un-achievable. Furthermore, they cannot grasp that reconciling spiritual opposites is impossible and has never worked. Why is it that those in the inclusive movement speak derisively of conservatives as “judgmental?” That doesn’t sound like an expression of inclusivity.

We are not offended; by the way, as conservatives, when people tell us the truth. We understand there are times when the truth hurts and people can give us constructive criticism. We understand that this is very difficult to achieve in a loving way. Sharing opposing worldviews is extremely problematic and sometimes we all do it wrong.

But when there is a real difference between our worldviews, it must be admitted and stated. This only makes logical sense. You can’t have a church where people believe the Bible is the sole authority and defines same-sex unions as sin, and people who also believe in an evolving cultural interpretation of Scripture that affirms homosexual lifestyles attending together in peaceful bliss. That would be like having a church where you declare that both the “White Supremacists” and the “NAACP” members both have mutually acceptable worldviews and we are going to be an inclusive church that worships peacefully together at “the same table, and drink at the same watering hole, and celebrate God’s wonderful grace at the same wedding banquet.”

At some point you will have to confront which worldview is the true and which is a lie. To prove my point concerning this confusion, a progressive leader recently said, “We don’t really know what to teach our children about sin because we don’t want them bogged down in shame and guilt—yet we also want them to grow up into adults who are moral, ethical and compassionate.” You can’t have it both ways. If a child doesn’t have a clear definition of righteousness and sin they will be confused. Inclusiveness feels like a spiritual mirage painted over a very well-meaning but confused people.

Christian progressives unwittingly become unto themselves a secular governmental entity in their quest to be inclusive. Our constitution in America requires the government to be inclusive; to create space for the “white supremacists” and the “Antifa” groups through the first amendment. Our government leaders may personally dislike both groups but they have to make space and protect their rights. The progressives adopt this same governmental approach when in fact, Jesus told us to be salt and light not the government of nations. Christians are called to influence and engage in government and culture through the light of the Gospel but not make room for and accommodate every worldview as a government has to. Christianity in its original form called all other worldviews to come to its “Light” (Christ) and accept Him as the only way.

If everything is “inclusive” then “conservative judgmental behavior” is simply acceptable to an inclusive people and no one can say otherwise.  Furthermore, conservatives don’t randomly change the definition of the word “sin” so as not to offend a segment of modern culture that has thrust the Word of God behind its back in arrogance and said, “That doesn’t mean that anymore, we were born this way.”

Finally, if conservatives have interpreted Scripture correctly, the progressives will be judged for distorting the Word of God and leading countless millions astray, pouring on their souls the danger of eternal judgment (2 Peter 2:1). But if progressives are right then conservatives lose nothing. They are simply despised as ignorant Pharisees in this life, but the God of the progressives as a “good God who does not see sin, and does not condemn anyone, despite the real wrong they have done,” will allow them into heaven in spite of their intolerance.

Therefore, as conservatives, we have to conclude that to be intolerant, then, is to be true to our conscience according to historical Biblical truth. To be judgmental, then, is to believe in righteousness and sin – to be unwelcoming, then, is to accept as true that people are either saved or unsaved.

Therefore, as progressives, to be loving is to be tolerant of every one’s moral agenda even if you never tell them the truth. To be non-judgmental is to have a theological relativism that is really convinced there is no eternal judgment awaiting anyone. And to be welcoming is to believe that moral appeasement is the highest form of love.